The following article, Prince of Persia 3D, uses partial or complete Creative Commons Licensed content from Wikipedia. Information can be remixed or replaced at any time in future edits.

Assan, the brother the Sultan invited the Sultan, and the Prince to a private belly dance. Midway through the show, the Belly Dancer kills the Sultan's personal bodyguards and the Prince is imprisoned in Assan's dungeon. The Princess, who was denied access to the place a moment before, is also captured. Apparently, her father, the Sultan, had promised long ago that she would be given away in marriage to Assan's son, Rugnor, once she turned 21 years old.

The Prince is thrown into a prison cell with no weapon of his own. Upon escaping his confinement and traversing the lower levels of Assan's Palace, he kills a guard with a grate and takes his sword. The Prince then leaves the dungeon, making it through the Ivory Tower, where he takes a bow from a dead archer. On his way to the palace, he travels through the cistern, meeting the first assassin in his journey. When the Prince finally makes it into the palace, he fights and kills the belly dancer who also woks as an assassin. He progresses further into the palace and reaches the room where Assan and the Sultan are discussing, the former demanding that he hands the Princess' hand in marriage to his son Rugnor as both agreed years ago. The Sultan apologizes to the Prince, stating he had no right to marry the Princess to him, and promising any other woman in the kingdom. Assan tries to kill the Prince, but the Sultan intervenes and is stabbed in his place. Sultan with his dying breath reveals that with his death, his pact with Assan in now void. As Assan calls the guards, claiming that the Prince killed the Sultan, the Prince jumps from the tower's balcony and escapes through the city rooftops to the streets and docks of the Capital. He finds the Princess being taken to a dirigible, which he boards just before it takes off. He makes his way up the flying vehicle, losing all his weapons in the process. When he reaches the upper part of the dirigible, he finds a staff and then another bow, which he uses to continue his journey. The Prince finally reaches the top of the dirigible, where the Princess and Rugnor are. The blimp flies into a storm, and lightning sets it on fire.

The Princess is flown away by Rugnor on a flying beast, while the Prince falls into the Floating Ruins, the remnants of a flying castle built by a wizard Khacan. Making his way through the decayed place, the Prince finds a Lamassu, which takes him to a temple in the mountains. The Prince climbs the cliff's outside and makes it to the Sun Temple. As he reaches the final doors of the temple, the floor collapses and the Prince falls into the Moon Temple. He makes his way through the temple and reaches Rugnor, who is still trying to make the Princess marry him. When she refuses again, he sets the gears to which she is tied in motion.

Prince rushes against the time to battle against Rugnor. When the Prince defeats Rugnor, the villain falls into the cogs, stopping their motion just before the Princess gets crushed. The Prince rescues her and uses the Lamassu to fly away in the opposite direction of Persia, to which the Princess remarks "Am I to be stolen away again?".

The last battle against Rugnor is timed. Should the Prince take too long, the Princess is crushed by the gears. As the Prince despairs, Rugnor kills him. If the Prince defeats Rugnor, the villain falls into the cogs, stopping their motion just before the Princess gets crushed.

The game was released by Red Orb Entertainment, which was hived off from Brøderbund. However, due to financial difficulties, Red Orb was forced to release the game before it had gone through the bug detection and correction stage. Moreover, it was sold and re-sold, first to The Learning Company, then to Mattel. [2]

In 2000, a Dreamcast port, using the name Prince of Persia: Arabian Nights, was developed by Avalanche Software and published by Mattel Interactive; the latter purchased both Red Orb Entertainment and The Learning Company. Many of the control flaws from the original PC version were corrected and other notable bugs were fixed, improving the gameplay of this port, although it still suffers the same camera problems. A newer lighting system was implemented, but the textures had a lower resolution and had their colors slightly desaturated. The Prince had a much faster movement speed, and two of the more tedious levels from the PC version were removed. The Prince's varied melee weapons were turned into different elemental versions of his sword. Non-situational potions, like health refills, could be stored in his backpack, and more situational level-progressing potions have been replaced with instant-use Runes of Power. The gore switch was removed and was permanently set to "less". This version was only released in North America. 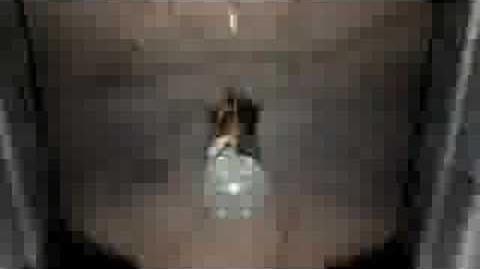 The Prince in prison.

Platforming in Prince of Persia 3D.

Combat in Prince of Persia 3D.
Add a photo to this gallery

Unused enemy artwork
Add a photo to this gallery

Retrieved from "https://princeofpersia.fandom.com/wiki/Prince_of_Persia_3D?oldid=32001"
Community content is available under CC-BY-SA unless otherwise noted.