"Your journey will not end well. You cannot change your fate, no man can."

This article (Prince of Persia: The Sands of Time (Mobile)), or a section of this article, contains alternate or non-canon elements of the mythology of the Prince of Persia series in question.

Prince of Persia: The Sands of Time mobile version with simplified gameplay and story is developed by Gameloft.

Many moons ago, in the ancient kingdom of Persia, King Shahraman
[sic]
and his young son, the Prince, were at war with Maharajah of India. They were helped by a Vizier who betrayed the Maharajah and allowed the Persian army to sack the palace. When the palace was plundered, the Vizier asked the Prince to steal a magic dagger which was locked up in the Maharajah's vaults, under heavy guard. Little did the Prince know, however, that the Vizier had his greedy eye on quite another prize: the Sands of Time![1]

And so it was the Prince's dagger that struck home and the Vizier breathed his last. The Sands of Time came back to bless the people of India. And long may those good souls continue to live in peace and felicity, for our hero - the Prince - dwells on, forever in their hearts![2]

The game consists of eight levels with three different tile sets. There is no time limit to complete the levels, but time and retries are counted to score the player after each level. On the main menu there is a Level Select option to play through any level.[3].

Scattered throughout the levels are several life increasing potions and special powers. Special powers include: roll, wall jump, and wall run[3]. potions can also be found in smashable chests that are yellow in color.

Combat is simple: one button attack, and when enemy is downed, then the same button to finish the opponent[3]. 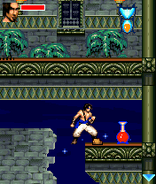 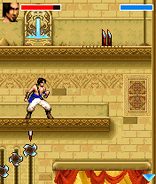 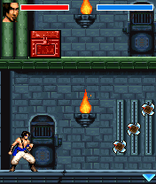 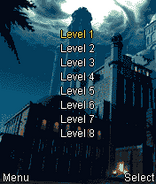 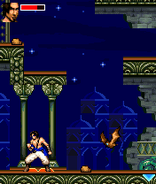 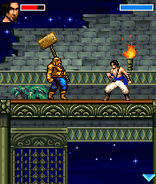 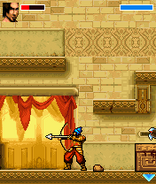 Archer enemy
Add a photo to this gallery

Retrieved from "https://princeofpersia.fandom.com/wiki/Prince_of_Persia:_The_Sands_of_Time_(Mobile)?oldid=29251"
Community content is available under CC-BY-SA unless otherwise noted.