"Your journey will not end well. You cannot change your fate, no man can."

This article (Master's Cult), or a section of this article, contains alternate or non-canon elements of the mythology of the Prince of Persia series in question.

The Cult was an ancient Hindu sect[1] in India ran by the being only known as Master.[2]

Plotting to resurrect their leader, the Master, three members of the cult (Priest, Ghoul, and Giant) had recovered the Djinn Sword and kidnapped the Prince to use them both in a ancient, evil ritual to draw power from Razia's magic and his royal blood. The result was successful, the cultist reviving their acclaimed master and being transformed in the process from Razia's magic and left the Prince amnesiac and Razia drained of most of her magic.[2]

With the aid of Razia, the Prince and the Djinn tracked down and slew the three cultist to regain her power and later confronted the Master, who had used his resurrected power to lay waste to both India and later Babylon. The Master is eventually defeated by the duo, putting an end to the cult.[2] 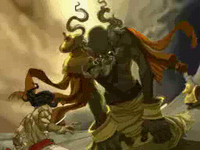 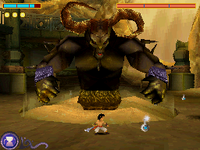 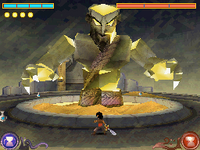 Priest
Deceased
Add a photo to this gallery

Retrieved from "https://princeofpersia.fandom.com/wiki/Master%27s_Cult?oldid=29621"
Community content is available under CC-BY-SA unless otherwise noted.