"Let all who read this know the valor and courage of those who fought and fell for the Maharajah. We sought the power of the Sands of Time... Most only found death... myself among them. But the Mask of the Wraith gave me a second chance to travel back through time and change my fate."
—The Prince reading the mural[1]

The Mask of the Wraith is an artifact that allows the user to become the Sand Wraith to rewrite their fate.

It does restore low reserves of the Sands of Time, however they are used. Another ability of the Mask of the Wraith is that it allows the wearer to exist at the same time with their past selves, effectively making them the "doppelganger". The consequence of wearing the Mask of the Wraith, is that the wearer cannot remove the mask until their counterpart is killed or dies.

During the Maharajah's journey on the Island of Time searching for the Artifacts of Time, several of his men were killed by the Island's traps or inhabitants. At least one of man managed to reach the Hourglass of Time, but was killed by what appeared to be a Keeper.

By some twist fate he discovered a mask that allowed him to travel back in time to kill the figure that killed his past self and take the Hourglass as his prize. That man was the Maharajah.[note 1][2]

When the Prince kills the Empress of Time, he inadvertently creates the Sands of Time; something he was trying to prevent. Just as he loses hope, he discovers a mural that describes the tale of a man who used the Mask of the Wraith to change his fate. He realizes the Mask could help him do the same. Using it, he becomes the Sand Wraith, the creature he saw all across the Island of Time.[1]

But realizing what he had done to create the Sands, he allows his "other" self to be killed by the Dahaka. This not only prevents the creation of the Sands, but also allows him to remove the mask. By no other means can the mask be removed unless the users "other" self dies so that the wearer of the mask takes his place in the timeline.[1] 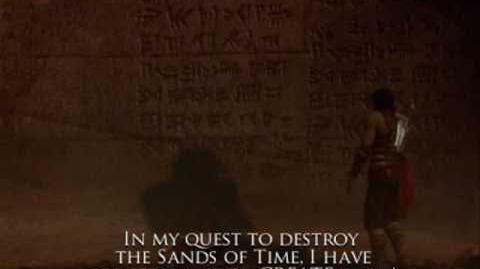 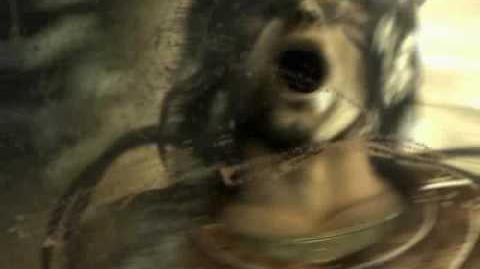 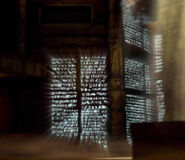 The mural describing the story of the Mask's first user

The body of the Maharajah, where the Mask of the Wraith rest before the Prince used it.
Add a photo to this gallery

Retrieved from "https://princeofpersia.fandom.com/wiki/Mask_of_the_Wraith?oldid=27790"
Community content is available under CC-BY-SA unless otherwise noted.