It includes two Alamut Guards, Dastan, Seso, Gool, Tamah, and Nizam mini-figures. It also includes a camel, an animal that only appears in this and one other set, LEGO Prince of Persia: The Fight for the Dagger.[1] 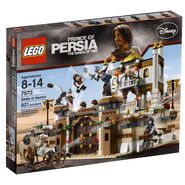 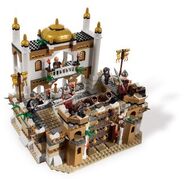 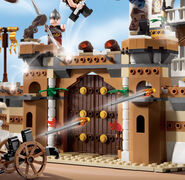