"Filthy human, you will die like all your kind!"
—Keeper[2]

Keepers are a common enemy encountered in the Prince of Persia: Warrior Within.

"Keepers are fierce warriors, capable of devastatingly powerful attacks. However, their combat skill is offset by remnants of their self-serving personalities. They are often too busy seeking approval from their superiors (Executioners) and berating their subordinates to function effectively. It is wise to exploit this weakness"
—Official Booklet Description[1]

Along with the Raider, Keepers make up the bulk of the Empress of Time's army. They appear as large men dressed in red robes and bear the island's symbol on their back. They protect the Fortress of Time. They often attack the Prince in groups.

Keepers are trained swordsmen and can break the Prince's guard in three swift attacks.[2]Keepers are first discovered in the fortress's towers, the Mechanical Tower, and the Garden Tower.

Keepers are slow on account of their heavy armor, which can be used to the advantage of the player during combat with the Prince. In addition, they are high in stamina and their armor makes it hard for the player to wear them down.[1]

Keepers are capable of pulling off sophisticated and synchronized battle tactics against the player. They will surround the player and attack from multiple directions at the same time.

When surrounded by pack of Keepers, using combos like Azad's Retaliation and Rage of Darius will knock them all down, especially if wielding a mace that has the capability knock the enemies to the floor. 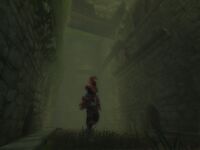 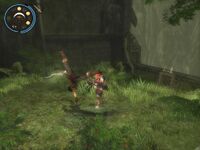 Retrieved from "https://princeofpersia.fandom.com/wiki/Keeper?oldid=29409"
Community content is available under CC-BY-SA unless otherwise noted.