This article (Goblin Head), or a section of this article, does not meet wiki standards. Please repair this article so that it meets our standard. Add links, categories and images as well as expanding on information. See the talk page for more info..

This article, Goblin Head, is a stub. This section of the article is incomplete, and contains information, but requires more before it can be considered complete. You can help Prince of Persia Wiki by expanding it.

The Goblin Head[1] is an enemy in Prince of Persia 2: The Shadow and the Flame.

Goblin Heads are the heads of slaughtered people of Basra, that were brought back to life by the Witch, and cursed to roam the ruins of the palace for eternity, gnawing on the weeds that have overtaken the ruins. They usually fly around serenely, until a trespasser enters the premise then they viciously attack that person until he is torn to shreds by their teeth[1].

It first appears as a floating head but when the Prince approaches, it will become agitated and will attack him, reducing 2 Hp each time it attacks. 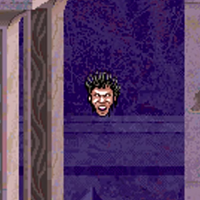 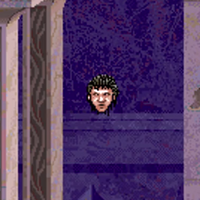 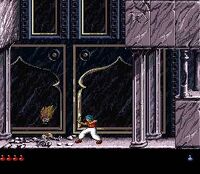 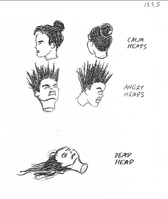 Sketch by Jordan Mechner[2]
Add a photo to this gallery

Retrieved from "https://princeofpersia.fandom.com/wiki/Goblin_Head?oldid=29394"
Community content is available under CC-BY-SA unless otherwise noted.