The Corruption is essence of Ahriman's envy and hatred.[1] It is a living substance that sought to prevent the Ahura from keeping Ahriman from being freed from his prison within the Tree of Life.[2]

At the height of his strength, Ahriman's created a Corruption that physically spread through the City of Light, and corrupted the hearts of men. The Corruption was lethal to the touch and spread across the world, killing or changing all that stood in its path. Those who did not succumb to it were killed, those who were saved by Ahriman became twisted beings tied to his service.[3]

Ahriman counted his servants as his legion. To his vassals, Ahriman gave little. Ahriman's Soldiers were mere drones, slaves to his will. They promised their souls to Ahriman, or their souls were taken by the God. They have no will of their own and exist only to serve.[3]

Among Ahriman’s followers, only the corrupted were permitted to keep some semblance of their will. Ahriman granted these chosen ones the powers they wished for. In return the Corrupted served special tasks commanding Ahriman’s forces in the fight against Ormazd and his followers, the Ahura.[3]

End of the War

By the time Ormazd struck back the Corruption's numbers had grown. The war raged, and the Ahura died over the course of the battle until only a few remained when Ahriman fell. The corrupted sealed into the Tree of Life, trapping Ahriman. The Ahura used the light of Ormazd to prevent the corrupted from escaping, using them against Ahriman in the process.[3]

In the aftermath, the City of Light was left in different stages of ruin. Some areas were safe, while others were almost completely destroyed by the darkness. The Corruption had creep through the city and created decay.[1]

Events of Prince of Persia

When the four corrupted warriors escaped the Tree of Life, the corruption manifested in various forms; from small blotches on the ground that traveled across walls, large pools, animal and humanoid creatures, and tentacles coming out of the walls. The Corruption hung in the air in the form of small particles and posed a danger to individuals untouched by the darkness.[1]

Elika, one of the few remaining survivors of the Ahura, remained within the City of Light to fight the corruption and prevent Ahriman from escaping the Tree of Light. She tasked herself with the effort of stopping her father, the Mourning King, and the four corrupted warriors. While aided by a the Prince, a wanderer, she only able to stop the four corrupted warriors.[1]

Her father successfully managed to reach Ahriman and was able to partially free his essence. Elika was prepared to and did give her life to reseal Ahriman and his power back within the Tree of Life with her power. However, the Prince, not willing to let his friend die, undid her work, and allowed Ahriman to escape within the City of Light.[1]

The Corruption spread through the city, and Ahriman, not a full strength, used the Corruption to hunt Elika and Prince down. When Elika attempted to cleanse her possessed father of the Corruption and Ahriman's influence, she failed and a weak Ahriman declared that the light of Ormazd was dimming as the Corruption grew stronger.[4] 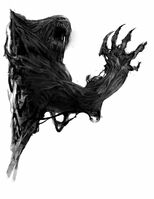 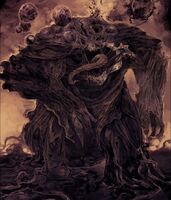 Retrieved from "https://princeofpersia.fandom.com/wiki/Corruption?oldid=29518"
Community content is available under CC-BY-SA unless otherwise noted.