This article, City of the New Dawn, is a stub. This section of the article is incomplete, and contains information, but requires more before it can be considered complete. You can help Prince of Persia Wiki by expanding it.

This article (City of the New Dawn), or a section of this article, does not meet wiki standards. Please repair this article so that it meets our standard. Add links, categories and images as well as expanding on information. See the talk page for more info..

The City of The New Dawn is a legendary city of magic mentioned in the writing of the Ahura. Those within the city was said to have powers granted to it's by Ormazd himself. It was ruled by the magus and king, Zal.[1]

According to the Writings of the Ahura within the City of Light, the City of The New Dawn is a city of magic who's people were given powers by Ormazd, the God of Light. As such, these people can summon Ormazd himself.[1]

Hidden within City of the New Dawn are various scrolls relating to magic within the city. Below are some of it's entries:

Hidden within the city of New Dawn are also various scrolls relating to Ahriman. Below are some of it's entries:

Hidden within the City of New Dawn are scrolls containing information related to Ormazd. Below are some of it's entries. 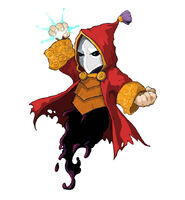 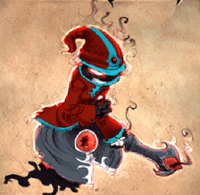 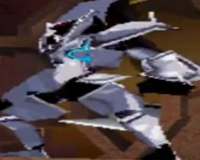 King's General
Deceased
Add a photo to this gallery

Retrieved from "https://princeofpersia.fandom.com/wiki/City_of_the_New_Dawn?oldid=29372"
Community content is available under CC-BY-SA unless otherwise noted.